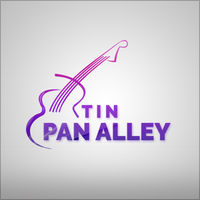 In conjunction with PRS for Music and BASCA (British Academy of Songwriters, Composers and Authors), Tin Pan Alley productions presents TIN PAN ALLEY – the TV competition for songwriters. The series will be transmitted on Showbiz TV.

It’s an innovative series, designed to promote and inspire UK songwriters. Many great singers such as Elvis Presley and Frank Sinatra often commented that without songwriters they would never have had a career.

“This show is a great idea…great songs and songwriters are the key to everything in the music business as we all know and this series is badly needed.” - Lamont Dozier

Earlier this year, unpublished UK songwriters were invited to submit their compositions to the Tin Pan Alley website. There were no age restrictions and no style restrictions. It was all about finding great original songs……

“Songs are the most important ingredient of the popular music industry…the world would be a poorer place without the songwriters who are able to touch so many lives with their bursts of inspiration.” – Sir Tim Rice

Presenter Mike Read and the Tin Pan Alley team could not have been prepared for what followed. Over 600 entries of the highest quality leaving PRS Chairman, Guy Fletcher to announce the competition as ‘the strongest I have ever been involved with’. Some 60 industry professionals were chosen as judges and given the difficult task of voting for each individual song, with only 12 making it through to the final stages. This is where the TV show begins.

Over 8 weeks, we will see the final 12 songs transformed into the ‘finished product’ by six of the UK’s best music producers – Stuart Epps, Mike Stock, Nigel Wright, Warren Bennett, Andy Whitmore and Steve Etherington. These songs will then be judged, commented on and whittled down to a final winner by our Record Execs – Lamont Dozier, David Grant, Cathy Dennis, Christopher Neil, Judd Lander.

“Music is as important as oxygen to millions of people … They simply can’t live without it… and now that the digital age is giving us unprecedented access to a vast range of songs, we are listening to more music than at any time in history …. This creates a need for new, innovative songwriters and lots of them….” – Guy Fletcher (Chairman of PRS)

The overall winner will fly to the legendary GeeJam Studios in Port Antonio, Jamaica, where they will record for a week, as well as experiencing the great atmosphere of a country rich in musical heritage. The winner will also be awarded the coveted Tin Pan Alley PRS winner’s trophy! They, along with the first runner-up, will also be filmed and the footage turned into holograms at Abbey Road Studios. The final six writers will receive a publishing deal for their song from Peer Music and a Tin Pan Alley PRS trophy.

“British songwriters have given us many of the world’s greatest songs. They are the engine room of the industry. They boost our economy. They give us songs that inspire, comfort, influence, entertain and are part of the fabric of our lives.” – Mike Read (Presenter)

As well as the competition element, there will be many tales from Tin Pan Alley including the Beatles, The Rolling Stones, David Bowie, The Sex Pistols and Elton John as well as stories behind major hits told by the songwriters themselves. The original British Tin Pan Alley was London’s Denmark Street, the home of our songwriters and publishers for almost a century. The new ‘virtual’ Tin Pan Alley is here on TV and on line. The songwriter once again has somewhere for their songs to be heard.

The final 12 songs that made it to the TV series can be heard in their submitted form on the web site www.tinpanalley.biz and are available to download from Angel Air Records via iTunes.