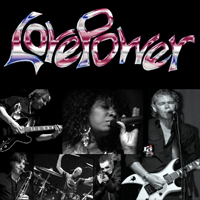 PETE HAYCOCK (Climax Blues Band) and ROBIN GEORGE had worked together before and then duly assembled in 2013 to work on a new album together and then a tour. George assembled a cast of “heritage” musicians and the album was duly recorded and tour rehearsals then started, but sadly on 30th October 2013 Pete Haycock died of a heart attack.