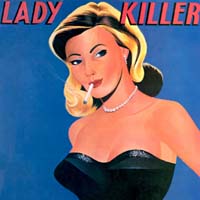 MOUSE had their one and only album release during 1973 and its rareness has guaranteed it a place in the Record Collector Rare Record Price Guide at £80 per copy!

Now released on CD for the first time with 4 bonus tracks.

The remastering and artwork has been overseen by RAY RUSSELL.

Ray has an illustrious career that has him starting his career at age 15 with JOHN BARRY SEVEN then GRAHAM BOND ORGANISATION, GEORGIE FAME moving onto the “celebrity circuit” of Cat Stevens to Bee Gees to Art Garfunkel. Now running his own commercial music company Ray’s compositions graces hit shows such as “Bergerac”, “Touch Of Frost” to “Survival”

...a classic progressive/psych rock album. It should certainly have received more attention at the time...The reissue includes four bonus tracks and id sure of a warm welcome.

With more credits to his CV than most can dream of, Russell can play most styles. This set is more toned down yet more solid than Running Man. It’s a fine slice of mid 70s rock/pop, with some decent tunes along the way. There’s even a hint of reggae in the moving “All The Fallen Teen-Angels”.

Although much of the booklet replicates that of Running Man (well, Russell’s biog was pretty similar at the time), with four bonus tracks it’s a good package and for fans very welcome on CD. ***

...lots of influences can be heard from Black Sabbath to Jimi Hendrix...if you want to revisit the psychedelic 60s you might like this...

...The material is song oriented with a groove that is both precise and mighty, rooted in hard rock trends but taken further by the creative band...

...while very much a band of the times definitely had something going for them

Electric Lady and We Can Make It had 'hit' written all over them...it sounds as though the guys in Mouse had a great time recording Lady Killer...a unique lost treasure from the early 70s worth investigating.