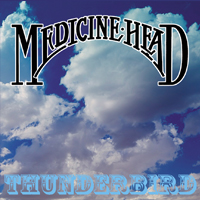 “Thunderbird” has been written and sung by JOHN FIDDLER as a tribute to the recently departed OVEREND WATTS.

John knew Overend well as he was in the band BRITISH LIONS with him for a number of years in the ’70s and they had stayed good friends ever since until Overends death in January 2017.

As John says on the song “Thank you Mr Watts, pick up your Thunderbird and fly”