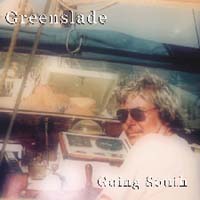 Dave Greenslade’s eponymous band once performed a song entitled ‘Feathered Friends’, so maybe we shouldn’t have been surprised when, a quarter of a century or so later, he released a whole album dedicated to matters ornithological.

As the original sleeve note to the 1999 release explained: “This album was initially inspired by the evocative sight of migrating birds. I always experience a mysterious thrill when observing these determined creatures on their way to who knows where.”

As it happened, very few managed to experience the mysterious thrill of the music, as the album was only briefly available. Now, with Dave’s profile considerably higher due to the revived Colosseum (his long-running band with Jon Hiseman and Dick Heckstall-Smith) and a successful Greenslade reunion, it’s time to look to the skies once more. And, as he explains, there are few stylistic similarities to such previous successful solo projects as ‘Cactus Choir’, ‘The Pentateuch Of The Cosmogony’ and ‘From The Discworld’.

As you turn your gaze to the sky and your CD player to play, congratulate yourself on joining Dave Greenslade and his feathered friends on this fascinating musical voyage of discovery.

...a welcome reissue...a fine album which maintains the high standards set by its creator.

This is an ambient New Age album from a keyboard player who has produced some stunning work...