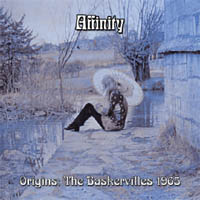 Even though Affinity’s first album (the much sought after original Vertigo release) was not released until 1968 the roots of Affinity lay firmly in The University Of Sussex, England where The Jazz Trio and The Baskervilles were the two main musical units in 1963.

By 1965 the groups were comfortable with both their repertoire and performing every weekend at The Sunday Hop. Released for the first time ever- enjoy!