VERDEN ALLEN – For Each Other 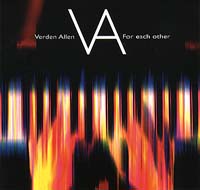 Verden Allen is best known as the keyboard player in Mott The Hoople.  This release is his first new album in five years and shows the depth of his musical and songwriting skills.

The album was produced, written and performed by Verden Allen and recorded during a seven month period at his studio in mid-Glamorgan, South Wales.