THE KORGIS – The Kollection 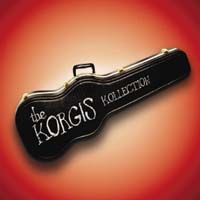 The KORGIS recorded their first album in 1979 which included the Hit single “If I Had You” (Number 13 UK). In 1980 they scored their biggest worldwide single Hit “Everybody’s Got To Learn Sometime” (Number 5 UK) which has since been covered by a number of artists including Yazz, Baby D, Marc et Claude and more recently Erasure.

In the early 90’s the band teamed up with DNA for a dance version of “Everybody’s” which charted also.

“The Kollection” is the band’s own package which includes the hit singles, some brand new material and some interesting previously unreleased bonus rarities.

Released with the full approval of the band, this hand-picked 'best of' rarely flags...

The Korgis had a brief chart success between 1979 and 1980 with two UK hit singles, ‘If I Had You’ and ‘Everybody’s Got To Learn Sometime’ – both included on here. Both of these are certifiable pop classics with their lush arrangements and melodious vocals (the nearest comparison to the Korgis sound would be fellow Brits Sad Café). The band did a dance style version of ‘Everybody…’ with DNA in 1993 but this failed to chart (again it is here on this collection).

Only one slight drawback is that a few numbers tend to merge into one another sound wise but at 19 tracks you are sure to find something to enjoy.

This collection has the added bonus for fans of some newly recorded tracks, which carry on the bands core sound of gentle melodies plus extensive sleeve notes. There are some demos dating back from 1978 that have aged remarkably well.

An enjoyable collection from a band who certainly deserve more credit and exposure than they got. One for fans of well crafted and timeless pop melodies.***1/2

...we get a significant portion of their latest release, 1992’s This World’s for Everyone (recorded after reforming as a trio), including a version of their hit "Everybody’s Got to Learn Sometime." There is also a bunch of new songs, recorded in the current millennium.

...there are some lovely melodies floating around in there...

...includes five songs from a recording session that the band conducted in 2003...

...carefully crafted brand of highly melodic pop-rock was all the rage for a few years during the late seventies and early eighties...