THE KORGIS – Something About The Beatles 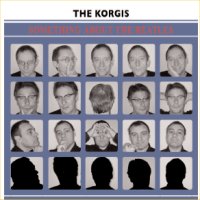 The unique sound of The Korgis is once again portrayed on the single ‘Something About The Beatles’ which was recorded during April 2006.

‘Why did the apple fall to the ground? Where have all the flowers gone? Who fired the shotgun when love was all around? Where we only sleeping? I don’t know. But I do know Something About The Beatles’

If the Korgis were called something different, like, say, Squeeze, Crowded House or Tears For Fears might they have enjoyed the success they deserved? There's just something comical about their chosen moniker which perhaps means it's hard to take them that seriously.

Which is a shame, because Something About The Beatles is a dreamy, wistful meditation on the 60s, innocence lost and The Beatles (of course) which deserves a wider audience than it undoubtedly will receive.

Given that this is the band which enjoyed a brief flirtation with the singles charts with the gorgeous Everybody's Got To Learn Sometime, it's no surprise that their newest single sports a marshmallow soft chorus which will lodge inside your mind in seconds. ***

...the song makes full use of great melodies and harmonies...this track stands out from many of the other new releases

Super-slick pop that brings to mind the Bee Gees at their melodic harmonious best. The chorus is simply sweet and totally irresistible.