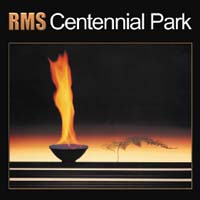 RAY RUSSELL, MO FOSTER, and SIMON PHILLIPS – three musicians who know that the only true accolade is the admiration of one’s peers. Whether in the studio or on tour they have, between them, worked with major artists as diverse as Jeff Beck, Gil Evans, Stanley Clarke, The Who, Tina Turner, Phil Collins, Jack Bruce, Gerry Rafferty, Cat Stevens, Joan Armatrading, and Georgie Fame.

From the 70’s to the early 80’s there was a period where it was possible to work in the studio almost every day – and very often all day. (It was sometimes even seen as relaxing to go on tour). To get things started Ray and Mo composed a couple of new pieces and, in order to expand the tonal palette, they brought in fellow sessioneers Nigel Warren-Green on cello and Ronnie Asprey on Soprano Sax. Ray wrote string arrangements that featured five over-dubbed cellos and, having initially rehearsed the parts at Mo’s house, the band spent a couple of days at Toftrees Studio tucked away in the North Downs near Woldingham in Sussex. It was an encouraging start, everyone was happy, and the band went their separate ways for a while.

Some months later it just happened during 1982 that Ray, Mo, and Simon were booked together to play on an album at Trident Studios in Soho. The producer/engineer on this project was top man Greg Walsh, and, such was their combined expertise, the album was finished a day earlier than planned. This meant that, bizarrely, there was a major London studio potentially available for a whole day – with all of the gear already set up.

This was too good an opportunity to miss. The day in question was a Monday and the guys spent the whole weekend – in flurry of manuscript paper – frantically gathering together enough material for the whole album. The basic tracks were recorded in one long and exciting, but nevertheless exhausting and hand-cramping, 14-hour session. A few weeks later the brass did their stuff and then the album was mixed.

1982's 'Centennial Park' is firmly in jazz-rock-funk fusion mode, but what lifts it from the usual fare is strong and melodic composition. Russell plays superbly with a wonderful tone and equal in technicality to many of his jazz-rock peers who perhaps get feted more widely...

This CD with bonus live and demo tracks is superbly remastered and an excellent companion to the simultaneous DVD release recorded in Montreux and the two together are worthwhile reissues. Another gem from Angel Air who specialise in mining a rich vein of material that - ordinarily - would have festered in some vinyl store undiscovered or - like this one - gathered dust in someone's tape library.

...Rock/jazz and funk are the main elements behind the album...A really good instrumental collection of tracks, with five bonus tracks it's worth checking out.

...it's an extravagant vehicle for all three men's talents, and justification for the high esteem in which all three are held

This is an instrumental album, with the music free flowing and a dream...perfect to play in the background to set the scene.