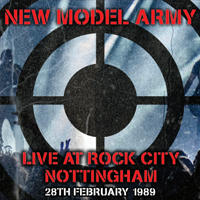 Originally recorded for Radio broadcast, but now available on CD.