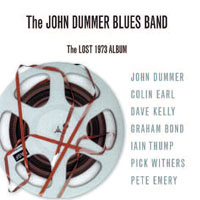 Formed in 1967 the band recorded a number of albums for Mercury and Vertigo labels before disbanding after recording one last album at the famous Rockfield Studios, Wales in 1973.

Colin was despatched to the USA to obtain a deal for the album as his brother ROGER EARL was enjoying huge commercial success as a member of FOGHAT. The deal never materialized and until now the album has been in Colin’s archives.

Crank up loud and enjoy!

...the blues is still very much in evidence and the collection stands up well as a whole

The album is your typical late 60's/early 70's blues set....as good as it gets and this album should have been a massive hit