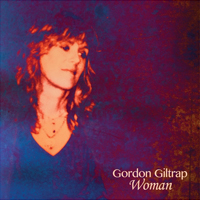 Over the past forty years, Gordon Giltrap has graced the music business with his dedication to his craft and his affection for his audience. As one of the UK’s most respected guitarists, he has consistently proved the adage that respect cannot be bought. It must be earned.

Throughout history women have played a major part in shaping civilisation as we know it, from Joan of Arc to Boudicca, Florence Nightingale to Emily Pankhurst, and those brave women who gave their lives willingly in both world wars, fighting for peace and democracy.

During my life it has been a privilege to have met some extraordinary women who are featured on this compilation. The most significant and important one to me is my wife Hilary, whose image appears on this CD cover.

Eight of the tunes on this album were commissioned by husbands as tokens of love for their wives. Simply Margaret was commissioned by Hilary’s cousin. The remaining five were pieces I felt moved to write for personal reasons. Sadly, two of the woman I wrote melodies for are no longer with us.