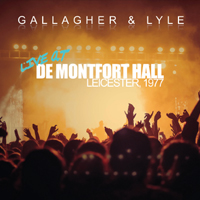 Gallagher & Lyle came out of the Scottish music scene with connections to Marmalade, and were also members of McGuinness Flint, before going solo and having their own hits in the early 1970s. Spending a total of 27 weeks in the singles Top 75 and 40 weeks in the Albums Top 75. On this night in 1977 they play all the hits and more.

Originally recorded for radio broadcast, but now available on CD