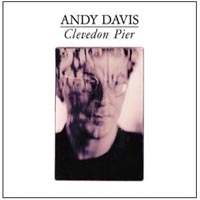 If the first track of “Clevedon Pier” sounds familiar then you are either a TEARS FOR FEARS fan or an American!

How can we be so confident? Because the hauntingly beautiful “Women Of Ireland” was used as the introductory music to TFF’s “Seeds Of Love” Tour.

The only solo album to date from Andy whose playing keyboards and guitar for Tears For Fears is only one of the multi talented Mr Davis’ accomplishments. His two other bands, STACKRIDGE and The KORGIS both made waves and achieved significant commercial success.

Originally released in 1989 the album has now been remastered with two previously unreleased bonus tracks added.

Originally released in 1989, its keyboard sound does sound somehow dated, but since the music is rather minor and restrained, the effect of this aging is greatly diminished and is negligible when compared to the emotional, personal dimension that enriches the album and places it above other new-age works.

...the album is gentle and restrained...Once again, Angel Air have produced a fine booklet with two bonus tracks...

...it's largely one man and his synthesizer, introspective and engaging.

...it is so laid back it is horizontal - in the right mood then this would be essential...

...on this beautifully crafted 12-tracker he demonstrates his wealth of musical talent, from the slow and easy to the traditional as well as the jazzy. This really is a rich offering of styles and sounds.